The cultivation in the mini kitchen garden actually started back in October last year, where I managed to complete the first bed in time to be able to plant a bunch of overwintering bulbs.

The bulbs were sown in a rootmaster in August, and can under normal weather conditions get through the winter and give an early harvest from late May.

They have been covered in plastic since the frost set in, but can often do without if they avoid periods of hard bare frost. 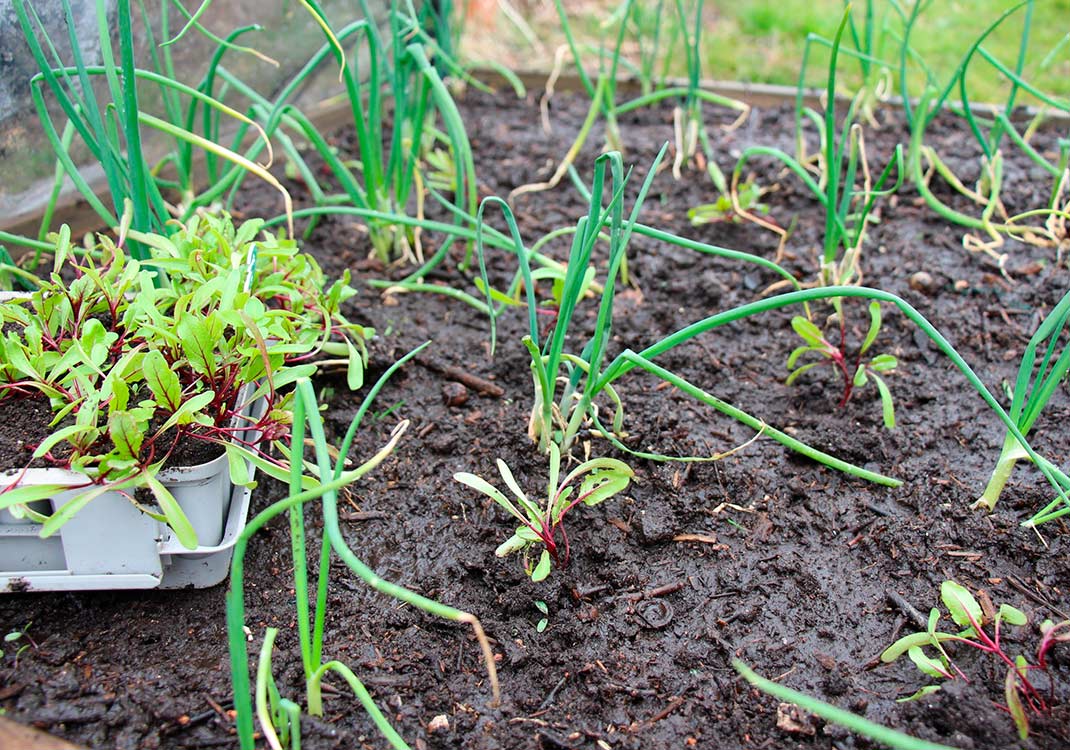 With the rising temperatures, the onion tops are now starting to grow, so today the bed has been grounded and fertilized with a little compost. At the same time, to make the best use of the space, beets have been planted between the bulbs.

The bulbs have got a good head start, so that the tops get the light they need, and when the bulbs are harvested, the beets can just grow on.

This is an early beetroot variety (Boltardy), which can cope with low temperatures without getting stuck.

The beets were sown in late February in a plug box with 2-3 seeds per cell and have stood in a window sill until they could come out into the greenhouse for another week to get used to life in the kitchen garden.

The individual cells are transplanted together without separating the small plants - you just put them at a greater distance between them.

For example, if there are 3 plants per cell, the cells are placed 20 cm apart, and as the beets grow, they simply push each other and get the space they need.