If you want to harvest fresh vegetables in the kitchen garden almost all year round, there are few crops that can provide as much "winter food" as cabbage. A large savoy cabbage head can weigh up to a few kilos, and since many varieties can withstand a lot of frost, they can stay standing for a long time even in winter.

The variety Tundra, which is now planted after the bed potatoes have been harvested, is actually a cross between savoy and white cabbage. Still, in the winter of 2017-18, it only covered one layer of plastic during the worst frost periods - and the last one was harvested as late as April as fresh as it was in November.

The soil in the bed is quite loose after the potatoes have been dug up and a bucketful of compost has been spread out, and this is not a main cabbage at all - on the contrary, they should preferably be planted in a fairly firm soil. A hole is therefore dug where the small plants are put deeper than they have been in the pot, which is watered in the hole, soil is filled in - and then you press down hard with both hands around the stem so that the roots are as firm as possible.

The cabbages are planted 50 cm apart, where it takes a while before they completely fill the bed. To take advantage of the space between them, put small fast-growing salads. Another possibility could have been to sow arugula, for example, but we do not eat that much ourselves. 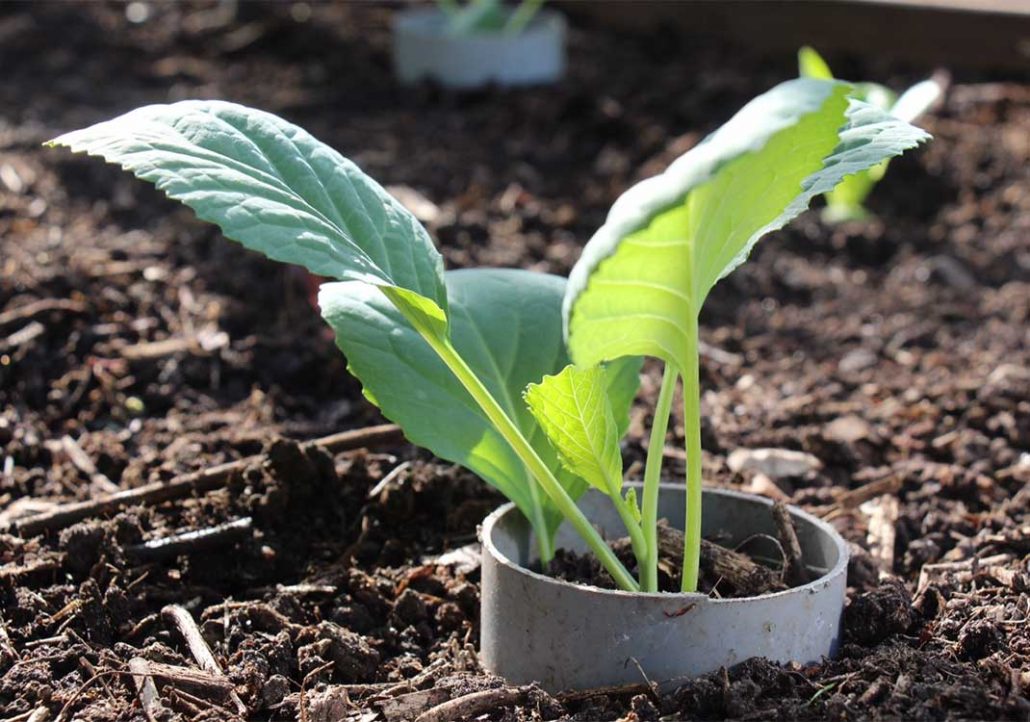 Unfortunately, cabbage is attacked by a number of pests, which causes many to almost give up cultivation - but with the right safety measures, it is not at all as difficult as the rumor goes. First, put a 5 cm high plastic ring (pieces of old downpipe) around each plant as protection against the budworm, which is a thick gray-green butterfly larva of a few cm. It lives in the ground during the day while crawling up at night to find food. Here it can bite small plants (of cabbage, lettuce and much more) over right into the soil surface, but such a ring it is not able to climb. And finally, as the most important thing, the insect net is put over the bed as protection against the cabbage butterfly, the cabbage fly, cabbage moth, wood pigeons and what else are flying creatures that have cabbage as some of their favorite food. 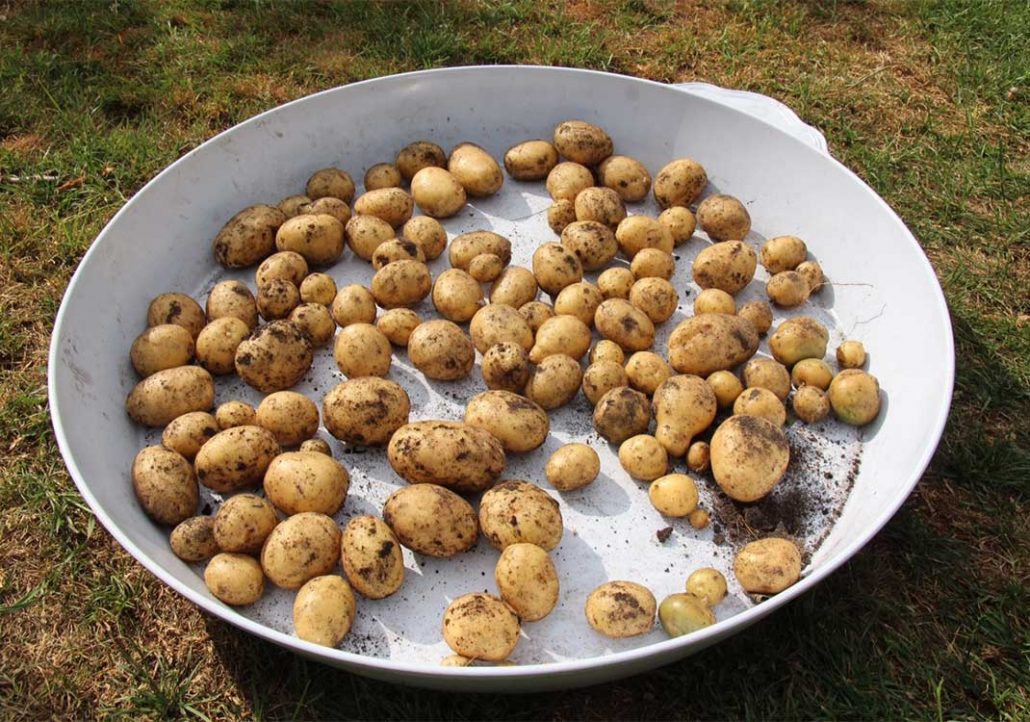 Meanwhile, leave the potatoes in the sun for a few hours. The durability will be better if the skin is allowed to dry properly before the tubers are stored in sacks or boxes. Some of them have become a little green and inedible by being exposed to prolonged sunlight during cultivation, but these can easily be stored and used as the very first seed potatoes in 2019.