If you want fresh supplies of leafy greens until well into the autumn, it is important to choose the right sowing time. The point is that the plants must be able to be almost fully developed until sometime in late October, when further growth largely stops. After this, the plants can stay fresh for quite a long time, almost like in a refrigerator, possibly protected with a layer of non-woven fabric against night frost. As long as you make sure to regularly remove the oldest and perhaps a little included leaves, you will often be able to continue to pick up fresh greens all the way towards Christmas.

Spinach develops rapidly but is greatly affected by the length of the days. Sown in mid-summer, the plants bloom rather than develop large crisp leaves, which is why you have to wait to sow spinach until around 1 August to have a good autumn harvest. Sowing in a plug box in the shade is ideal at this time, as spinach germinates poorly at a soil temperature above 21 °. If you are so unlucky as to stand in the middle of a heat wave, you can germinate the seeds between a couple of damp coffee filters in the fridge and look at them until you see the sprouts break out - or you can pack the entire sown plug box in a plastic bag and put it in a fridge. few days. A 3-4 weeks later it is planted out, and especially here in August you have to make sure that the plants do not lack water - otherwise they also go into flower quite quickly and develop only small pointed leaves.

Later, the spinach thrives well in the autumn humidity and falling temperature, and from the beginning of October it will be ready for harvest where you can continuously pick leaves for a few months. Then you can try to leave the rest of the plant standing. Often the plants will be able to survive the winter and start producing new leaves in the spring.

Rucola is in many ways more suitable for growing in autumn than in spring and summer. The summer heat quickly causes the plants to bloom, while the coolness of autumn gives healthy juicy leaves over a longer period of time. Furthermore, the leaves of the summer arugula can be completely pierced by thousands of flea bites, as the fleas are just as active as a sack of fleas when it is hot and dry. Rucola sown in August, on the other hand, largely escapes flea infestation. You can either then directly and subsequently thin out to 10 cm between the plants, or you can pre-cultivate. 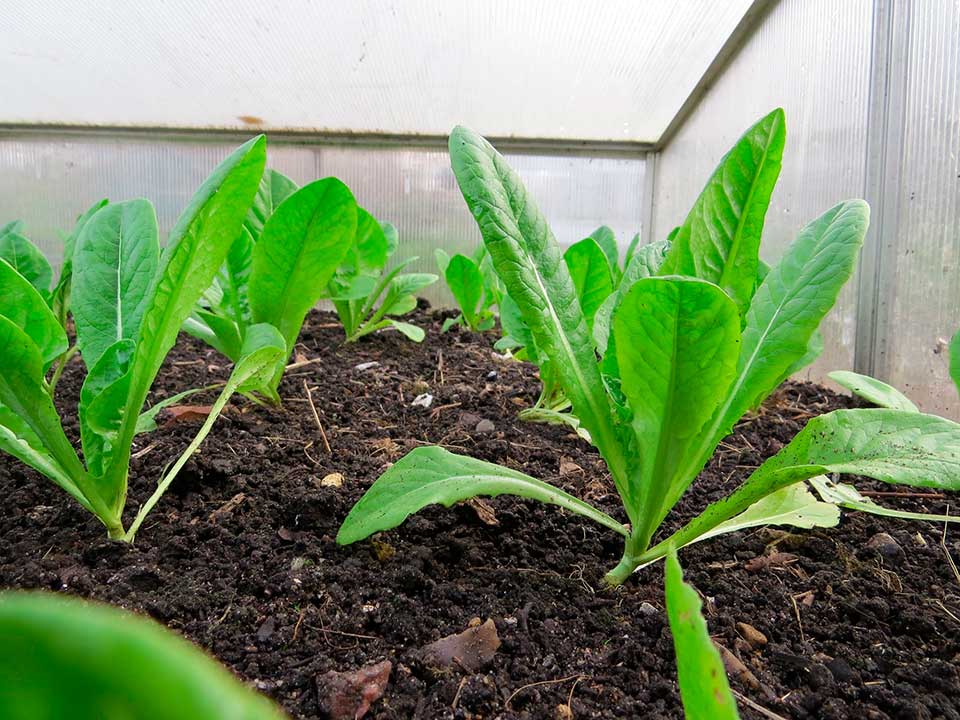 A last batch of lettuce can also be sown in early August. Lettuce, however, is less enthusiastic about the autumn moisture than spinach and arugula are - the outer leaves are easily attacked by rot at the leaf stalk. Often the plants do not reach the actual heads before winter - here it is best from October to harvest in such a way that you regularly pick the outer leaves and discard the possibly infested.

If you want lots of exciting leaves for autumn salads and wok dishes, the oriental leafy vegetables are definitely some of the most rewarding you can see here in August. Some of the most common are mizuna, pak choi, and tat soi, all of which are fast-growing members of the cabbage family. They also have in common that they bloom easily if they are sown before 15 July, but when sown from late July and a month onwards, they can produce lots of leaves in the autumn.

If you want to be able to harvest a good handful of different "baby leaves" on an ongoing basis, seed bags are negotiated with a mix of various varieties that were just sown closely. You can also sow the individual varieties separately, give them more space (eg 10-15 cm in between) and let them become fully developed plants. Like the other cabbage varieties, they must be protected with nets or non-woven fabric against the ravages of the cabbage butterflies during the first months. At the same time, they must not lack water, so the tablecloth must be lifted from time to time to just inspect how the plants thrive and, if necessary, water if it has become too dry. In humid periods, on the other hand, snails can be a bad nuisance for the small plants, which is why it may be necessary to sprinkle a little Feramol around them.

One can start picking leaves as soon as there are leaves to pick until the plants eventually stop forming new ones. In particular, mizuna continues to grow almost as long as there are only plus degrees, and can turn into well-grown plants over 30-40 cm in diameter. If you protect the plants with a few layers of non-woven fabric, both mizuna and tat soi can most often survive the harsh frosts of winter and start producing lots of new leaves for spring. 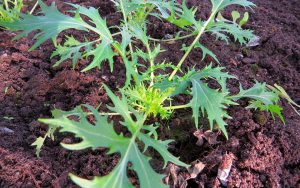 If you want to eat spring onions in the spring, the spring onions must be sown before the autumn. You can sow in the plug box in early August and transplant in September-October when there is room - with a little non-woven fabric left over, there will most often be quite a few who survive the following winter. The small onion tops certainly wither when the cold sets in, but as soon as the sun warms up in the early spring, new green sprouts appear which develop into fine, finger-thick spring onions in April-May. Of course, you can also sow the bulbs early in the year from sometime in February, but at the same time most often risk not being able to harvest your spring onions until the summer holidays. If you have the space for it, you can choose to leave some of the spring-sown bulbs standing - these will then be able to overwinter and give even earlier bulbs the following year.

Bulbs are usually grown by sowing indoors in February and transplanting (or putting seedlings) in April. Around Skt Hans the growth stops and can be harvested in July. If, on the other hand, you would like to be able to harvest fresh onions as early as the summer, here in August you can sow varieties that are suitable for wintering either in a manure bank or in the open air. A good variety for the purpose is Senshyu Yellow, which is available at Impecta.se, for example.

The seeds can advantageously be sown in a plug box, where you sow 3-4 seeds per cell. The small sprouts are cared for with irrigation in the plug box and can be planted out at the place of stay in October. You plant the whole cell together without separating the plants, but let the number of bulbous plants in each cell determine the distance in the row. If, for example, there are 3-4 small onion plants per cell, the cells are placed 20-25 cm apart. The bulbs just push each other when they start to grow in the following spring and end up giving a nice sized bulb from the beginning of June anyway. 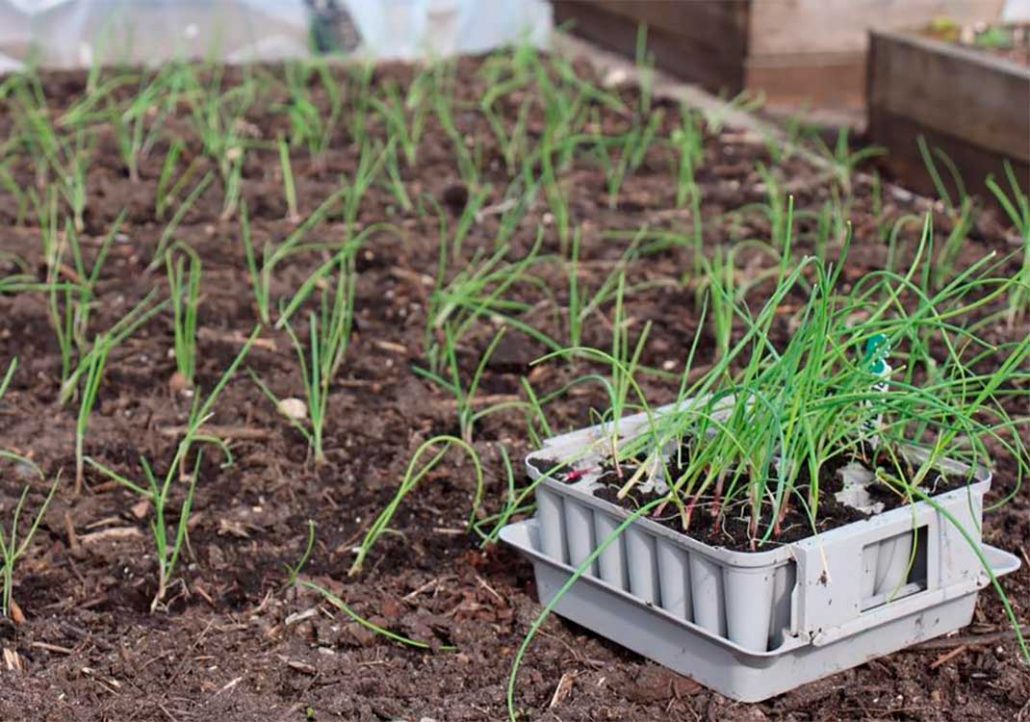